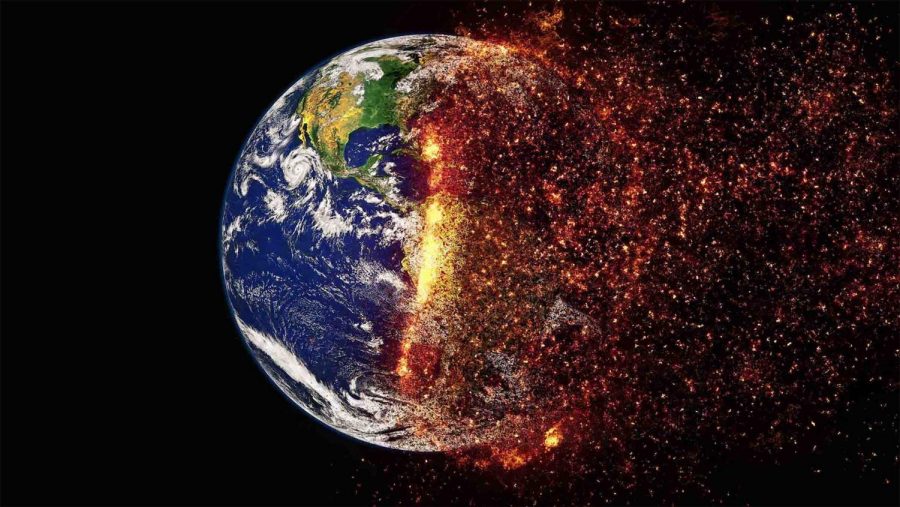 Climate change has been an issue that has dominated mainstream news sources for years now, and if you still are not aware of said issue’s prevalence, allow me to move you out from under your rock. Climate change can be described as a change in the long term weather patterns in nature. This issue has also been called “global warming” in the past. Few people disagree with climate change’s existence, but many disagree on how to combat it, which is what has made it such a large issue in politics. Some advocate for deregulation, in order to let the economy handle the problem. However, the most common opinion is that the government needs to place restrictions on businesses and individuals in order to protect the environment. Some common misconceptions about climate change, though, are that only factories and cars are responsible. Although both of these cases contribute, there are far more contributing factors than that.

Now, government regulations that have been proposed may or may not work. However, they would be quite ironic seeing as their enforcement would come from the largest polluter of them all. Yes, it is a fact that the Department of Homeland Security is the single largest polluter in the world. According to a study done by the Watson Institute, the US military has released 1.2 billion metric tons worth of greenhouse gases since 2001. This output of greenhouse gases is equal to how much greenhouse gas all the cars on the road in the US produce in a year, times 2, and then plus some. This doesn’t even take into account the destruction that has been caused by the War on Terror. So, this means that wars are the worst polluters that society has to offer.

However, when countries aren’t at war the worst polluters are large corporations. These corporations produce millions of metric tons of greenhouse gases every year. According to a study done by the Climate Accountability Institute, just 100 companies are responsible for 71% of the world’s greenhouse gas emissions. Now, what about companies in the US? The EPA says that in 2014 the US released 6,870 million metric tons worth of greenhouse gases. That amount has only increased since then. According to the EPA, the private sectors responsible for most greenhouse gas production are agriculture and forestry, general industry, and the production of electricity and heat. These industries are responsible for 24%, 21%, and 31% of the United States’ private sector greenhouse gas emissions respectively. The United States is responsible for 15% of global greenhouse gas production within recent decades. That makes the US the second-largest single producer of these gases, with the largest being China with 30% of all greenhouse gases being traced back to them in recent years. Also, 65% of all greenhouse gases released globally are carbon dioxide. The Earth’s carbon sinks are not reducing these gases fast enough. Essentially, we are in a sinking ship while pitching water overboard.
Eventually, the increase in atmospheric greenhouse gases will cause Earth’s temperature to rise permanently 1-2 degrees Celsius. This may not seem like a huge change, but this change could wreak havoc on wildlife. All organisms have changed and adapted to Earth’s normal temperature, and so have the chemical reactions that occur in their bodies. This is why in humans, a change in temperature by even a few degrees, could kill you. There are very specific conditions under which chemical reactions take place, so this temperature change could disrupt some organisms’ bodily functions and kill them. Even though this change in temperature seems small, it could kill species that are adapted to very specific temperatures, not to mention that it would affect every organism alive and create chaos in nature.

We are already seeing another effect of this temperature increase: more powerful storms. Over the past few decades, the power of severe weather like hurricanes has increased; making the higher power severe weather more common. Many nations have taken action to stop the change of climate, but many remain apathetic towards the issue. Many fear that if more action is not taken, nature and humanity could suffer for it. Let us all hope that at least something is done to resolve this issue.