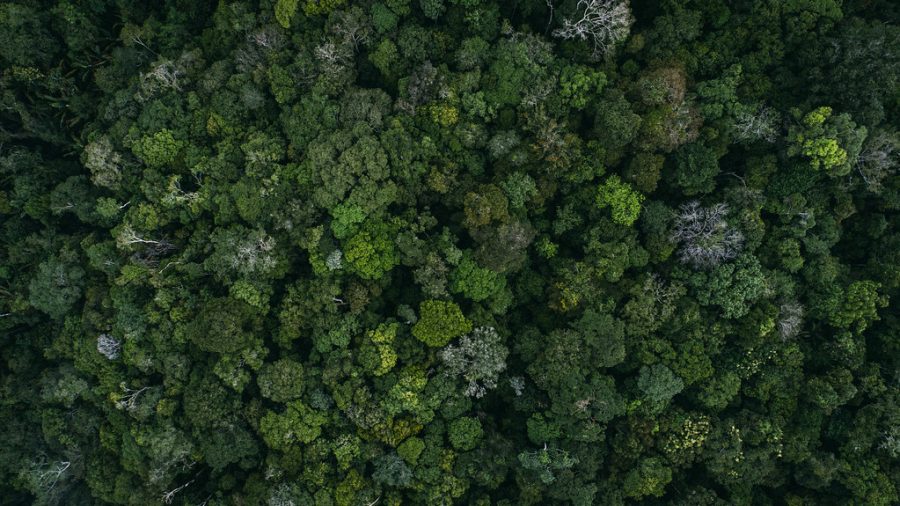 Overhead scenic of the Amazon rainforest during the 6 River Run expedition, Manaus, Brazil on the 29th March 2017

The Amazon rainforest: a luscious haven for more plant and animal species than any land ecosystem on Earth. Without the Amazon, the entire planet’s climate would be altered, the atmosphere would gain billions of tons of carbon dioxide, and Earth would lose 10% of all biodiversity. Even though this green sanctuary is vital to the Earth, it is not being preserved.
According to Brazil’s space station, INPE, over 80,000 fires have ignited in the Amazon this year, an 85% increase from last year. On August 9, the Brazilian state of Amazonas declared a state of emergency. The fires have gotten so out of hand that Sao Paulo, a city over 1,000 miles away from the state, was blackened with smoke. These fires have gained lots of attention on social media, and many have shown their support of the ablaze areas with the hashtag #PrayforAmazonia.
What causes the fires in the Amazon?

The fires in the Amazon rainforest are not natural fires; 99% of the fires result from human actions. Under the presidency of Jair Bolsonaro, these fires have reached the largest magnitude since INPE began collecting data of fires in 2013. One could say that Bolsonaro has come “under fire” for his policies toward opening up the Amazon for deforestation. A major component of Bolsonaro’s campaign for the presidency was his promises to allow for more farming, logging, and mining in the rainforest. He often attacked Ibama, the environmental protection agency in Brazil, calling the organization “an industry of fines.”
His claims were carried out: Ibama delivered 29.4% less fines for violations, which includes illegal deforestation. However, Bolsonaro is now trying to halt the effects of his own rhetoric, but he faces strong opposition from the long-lived tradition of slash-and-burn agriculture. 60% of the Amazon rainforest is located in Brazil, and the country is the largest beef producer in the world, meaning cattle farming is widely popular throughout the country. It is common practice for farmers to use fire to clear room for agriculture. Brazilian farmers believe the blame they receive for the fires is unfair due to inexperienced workers, who employ the use of fire without comprehending the accompanying risks. In order to curb deforestation, Bolsonaro has issued a 60-day ban on the fires; however, illegal deforestation continues to occur. Troops have been sent to northern Brazil to enforce this ban.
Why is this so important?

According to NASA, for most of its history, the Amazon has been essentially fire-resistant. Today, however, the Amazon is engulfed in flames produced by the human hand. The alterations to the Amazon through deforestation cause the area to be drought-stricken, creating a cycle of continuous fires. With fewer trees, more sunlight is able to heat the forest floor, which leads to the drying up of plant life. Simultaneously, smoke from forest fires decreases rainfall and cloud formation while also heating the atmosphere. Due to forest fire smoke, local weather is altered, human health is jeopardized, and plants and animals suffer.

Also, the Amazon is essentially a carbon dioxide garbage disposal. The trees take in carbon dioxide and return clean oxygen back into the air. When deforestation occurs, carbon dioxide is released into the atmosphere, contributing to climate change. The Amazon holds 90 billion tons of carbon dioxide and supplies about 20% of Earth’s oxygen, giving the forest the nickname, “the lungs of our planet.” Furthermore, indigenous people living in the Amazon are directly impacted by these fires. The lives and cultures of native tribes are linked to the land of the Amazon, and at least 400 tribes live there. On August 13, hundreds of indigenous women stormed Brasília to protest Bolosonaro’s “genocidal policies.” Ultimately, if the Amazon forest fires are not extinguished soon, the entire planet could suffer.