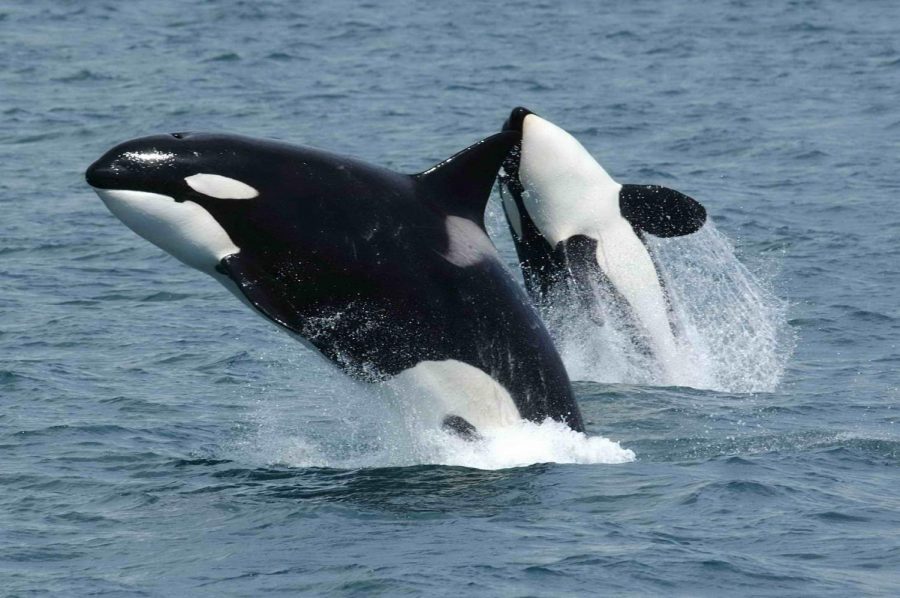 Welcome to The Monthly Bite where we talk about all things fishy. In every article there is a featured marine animal along with some news and interesting finds in the Marine Biology community.

Featured Animal:
The Orca, also known as the killer whale, or in the scientific community as Orcinus orca, is one of the many well-known animals within our oceans, weighing in at about 8,000 to 12,000 lbs for males and 3,000 to 6,000 lbs for females. To put it into perspective, at about 20 to 32 feet long, the orca is about the size of an RV camper. Closely related to dolphins, the “killer whale” is the largest species of the dolphin family. But for the orca’s size and nickname, it is one of the most intelligent animals in the world. They have an entire section of their brain, not even present in humans, that processes emotions specifically along with social interaction within their pods. 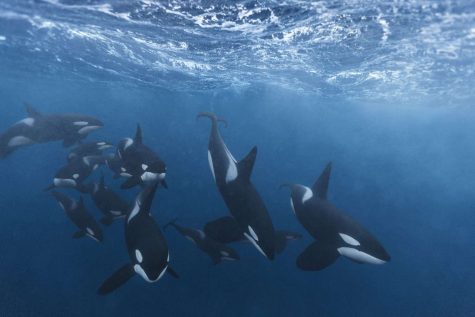 The species is also a very sociable species\; they feel emotions such as grief, can hold grudges, and interact with each other actively. Orca pods can vary from 2 to 15 individuals, but there have also been sightings of hundreds of orcas gathering. Scientists say this is only temporary and is usually for mating, social contact, or an abundance of food. But over time all individuals return to their original pods. The social structure within these pods are some of the most complex to be seen in nature, most are organized in matriarchal societies. Orcas may exchange with other pods for breeding purposes. The bond between a mother and her calf is very strong as well, as the calf stays at its mother’s side until it becomes an adult when the calf leaves the pod in search of another to travel with. Unlike other species in the animal kingdom, female killer whales are dominant in their society. Calves receive discipline, education, and even “punishment” from their mothers.
Thankfully, orcas, as of right now, are not endangered. There are about 50,000 orcas in the world, and of those orcas, about 2,500 of them are residents of the eastern North Pacific Ocean, the home of the most well known and studied killer whale populations.

Latest Oceanography and Marine Biology Finds:
In recent news in the Marine Biology world, a new species of octocoral has been discovered. The new species has been named Psammogorgia pax, and is described as a white, fan-shaped entity made of colonies of microscopic bone-like calcium carbonate structures, called sclerites. Psammogorgia pax was collected in Hannibal bank, a flat-topped seamount, located in Coiba National Park.

In other news, the Hawaii Institute of Marine Biology has recently provided evidence showing that corals are adapting to the rising temperatures, but the rate of increase may be too fast for the corals to keep up with.

Throughout the ground of the Hawaii Institute of Marine Biology, there are dozens of water tanks filled with coral samples in which scientists are studying every day to find the effects of our modern problems, such as pollution and rising world temperatures. They are trying to discover a way to speed up the healing of coral bleaching: the process of which corals turn a pale white after losing a source such as light, adequate temperatures, and nutrients. But thanks to this research, we have also found the capability of coral reefs to adapt to the world’s rising temperature.

That’s all for this month. Be sure to check back next month when we talk about the majestic Manta Ray.