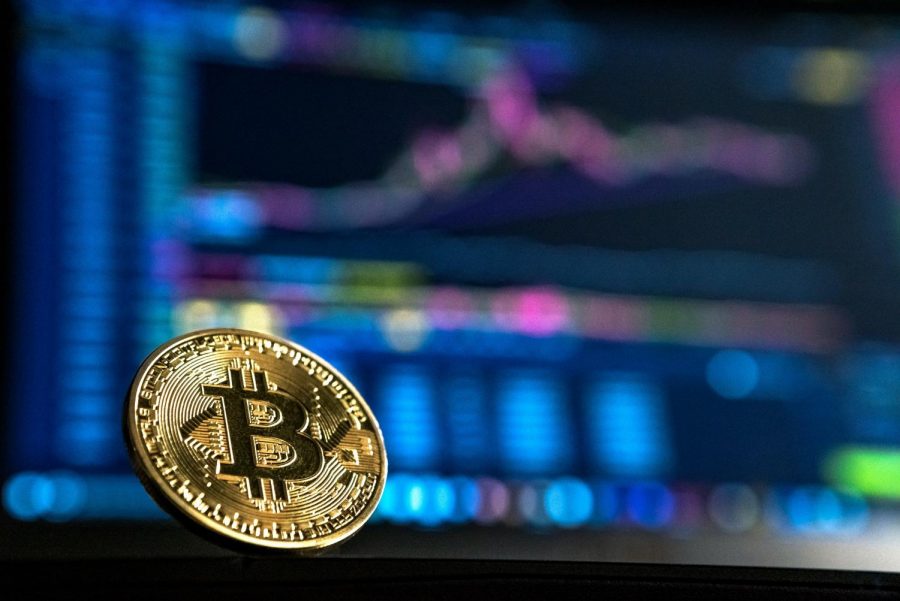 The idea of cryptocurrency is scary to the dollar bill. Bitcoin has been on a quick and large spike up in the stock market lately. Bitcoin started as a small company valued at $10,000 at the start of its business. Today, it is worth billions of dollars.

Bitcoin is a different way to transfer money or a type of currency throughout the world. Bitcoin was created in 2008 to allow people to transfer money or currency during purchases. The money can be transferred during a purchase or even given to friends as money. With the recent pandemic, Bitcoin has been used more frequently than ever. One Bitcoin today is equivalent to $47,408.70. Instead of going out and using dollar bills or physical money, people decide to stay at home and make online transactions using websites like Bitcoin.

Bitcoin’s current rise in the stock market has allowed many stockholders to cash out with high amounts of money. Stockholders look to cash out with high amounts of money, but some cash out early to avoid the inevitable crash of the stock market and Bitcoin. As much as Bitcoin can rise, it can also fall and stockholders will essentially lose money in their initial investments. Paul Tudor Jones, billionaire at the head of Tudor Investment Corporation, stated that he was “ buying Bitcoin as a hedge against inflation.” Paul Tudor Jones sees protection in his investment in Bitcoin and thinks he can make a good profit off of Bitcoin even if the market crashes.

The stock market moves up and down every day. Bitcoin hit a peak and is slowly declining, but it can always rise up again quickly like it did to get to the top. Businesses like GameStop are bringing down Bitcoin’s stock. People in the stock market industry are now considering GameStop as a type of cryptocurrency. With battling cryptocurrencies in the market, it can drive the price of Bitcoin stocks down or up. Competition can be good in businesses if it allows the business to improve their product. The competition can also raise the prices in stock due to the update in products throughout battling companies.