The Dilemma of Depression 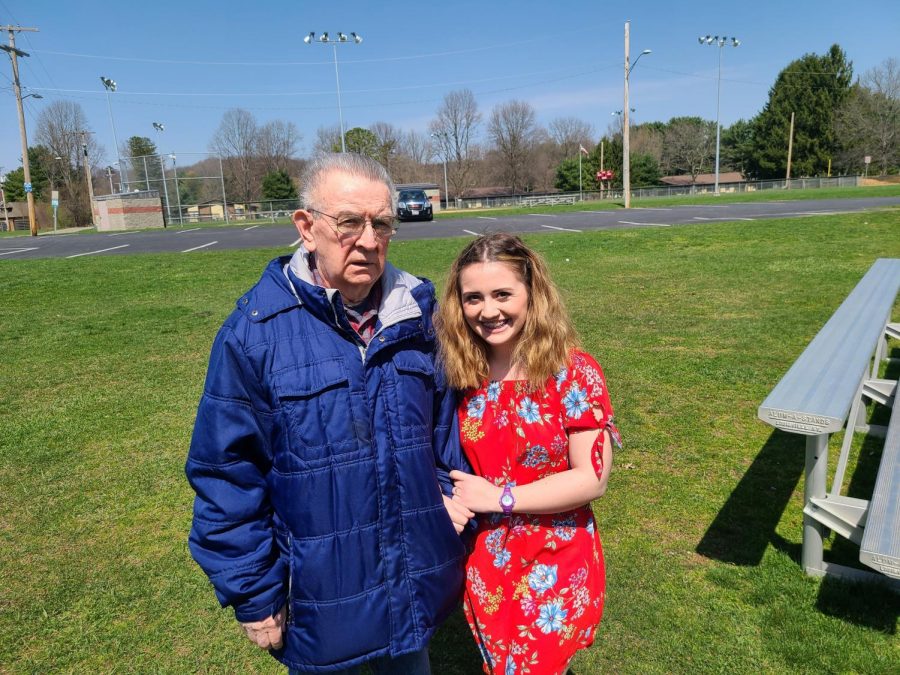 Imagine sitting across a table from one of the most important people in your life and barely being able to mentally recognize them. Their once jovial and full-of-life face looks drained from all emotion, and they may look at you, but their stares are empty. On the flip side, you sit there and wonder what you have done wrong and may blame yourself for your loved one’s state of mind. You may long after old photographs or listen to old voicemails for hours as your heart slowly breaks in two. Meanwhile, your loved one’s mental health continues to decline, taking a toll on your own. Simply imagine.

While the above scenario is a narrative, this situation is a very real scenario for many individuals including myself. Globally, it is estimated that 5% of just adults have experienced depression at some point in their life. The rate skyrockets for those under eighteen. To further explain, if a person is not personally affected by the depression pandemic, then chances are someone within their inner circle is a victim. Out of the guilt of their peers, a person may fall into the deep, dark pit known as depression. This is exactly how it happens in a non-stop, continuous, toxic cycle. Depression may not be a viral disease, but oftentimes it is much more contagious.

The clinical depression spectrum is like a chocolate box. Every patient has a different ‘taste’ of what it looks like for them, but, oftentimes, there are several stages of clinical depression. At first, most depressive victims may hide behind a mask or a front. They will attempt to show others around them that they are completely “fine” and try to hide their disease. Oftentimes, this ends up not working for that person because faking happiness is truly exhausting. Once they have stopped trying to hide their illness, the next stage is usually concealment. Once they have accepted their state of mind, the victim will attempt to conceal themselves from others in fear of what others may think. What victims can not see, however, is that the attempts to conceal just make the problem more evident.

Despite this, to a clinical depression victim, the best way to cope is to dismiss reality. Perhaps they will quit their job or just wait until they are fired. They may slowly stop engaging in activities with those closest to them and no longer show interest in their favorite activities. Some may even lose memories of tiny details of the past. However, the most painful symptom to watch as an outsider is weight loss and progressive trembling.

The years will pass and a clinical depression victim’s life will fly past them before their own eyes. Slowly they will watch as their parents go from turning forty to turning fifty, or watch as their grandchildren go from their fifth birthday to their fifteenth. The victim may physically be present, but they mentally are not. Many wish they could be, but just as cancer kills physically, depression mentally kills.

While some treatments may help, the only cure for clinical depression is for the victim to pull themselves out. Unfortunately, it rarely happens. So, how can we prevent the effects of clinical depression? In order to prevent this dangerously significant disease, we first have to understand how it is caused.

A common misconception is that all depression is caused by stress. While this is many times true, the question for each individual is where the stress or negativity is originally coming from. You may be stressed about an upcoming event or exam, but that does not mean that you are going to become clinically depressed. Therefore, usually, a clinical depressive period is something that builds up for a while until a trigger eventually breaks the front that someone has been hiding under.

For example, I watched someone with a history of mental health such as anxiety and stress experience their “trigger.” A simple leak in the roof of a beach house caused this person to truly crack under the building stress pressure and fall into their depressive cycle. As an outsider, at first, you may not understand or ask questions such as, “How are they ‘depressed’ over that?” As a mentally stable person, this is the worst thing you can do. Oftentimes, a clinically depressed person needs your support. Even though it may be difficult to refrain from frustration, it is important to view your loved one’s disease from an analytical level.

Therefore, clinical depression usually does not have a specific cause but rather a buildup of causes. The obvious answer for prevention would be to “maintain positive thoughts.” While this is true, in order for clinical depression to be stopped in its tracks, it requires more than one person to prevent it. Though some medications may be a viable option in assisting patients with the symptoms, the main cure for depression is by spreading love and selflessness. We should care for each other as if we are one, despite any differences we may have. The answer may seem simple, but actions speak louder than words.

In today’s world, it seems that people have become susceptible to evilness and hatred towards others. If there is one disagreement, nowadays, we find ourselves chopping each other’s heads off (figuratively of course, at least in this day and age). My goal in displaying my thoughts is to show that the one cure for diseases like clinical depression is simply one word: love.

Showing love does not have to be difficult. Perhaps you can do this by reaching out to those you know are struggling or by offering to pay for a friend’s meal at dinner. Or, maybe you choose to do this by using your gifts to help others, such as tutoring. Sometimes, though, all it takes is one smile to brighten someone’s day. Love does not have to be a task, it can just be one simple act every now and then in an attempt to spread positivity.

Of course, right now, it is not likely that our generation can abolish clinical depression altogether but we certainly can fight for the eventual resolution! Together, we can fight against the life-draining disease of depression by preventing the disease with care and by supporting the victims of the disease in attempts of greeting their true selves once again. Clinical depression seems like the enemy, but as a union, humans are stronger. So, just imagine this: That person sitting across the table is your grandfather. Or, at least that person is for me… And I would give anything to bring him back to the man I know and love.